The Magick & Science of Love

The 3 Secrets to Finding the Perfect Partner for You! 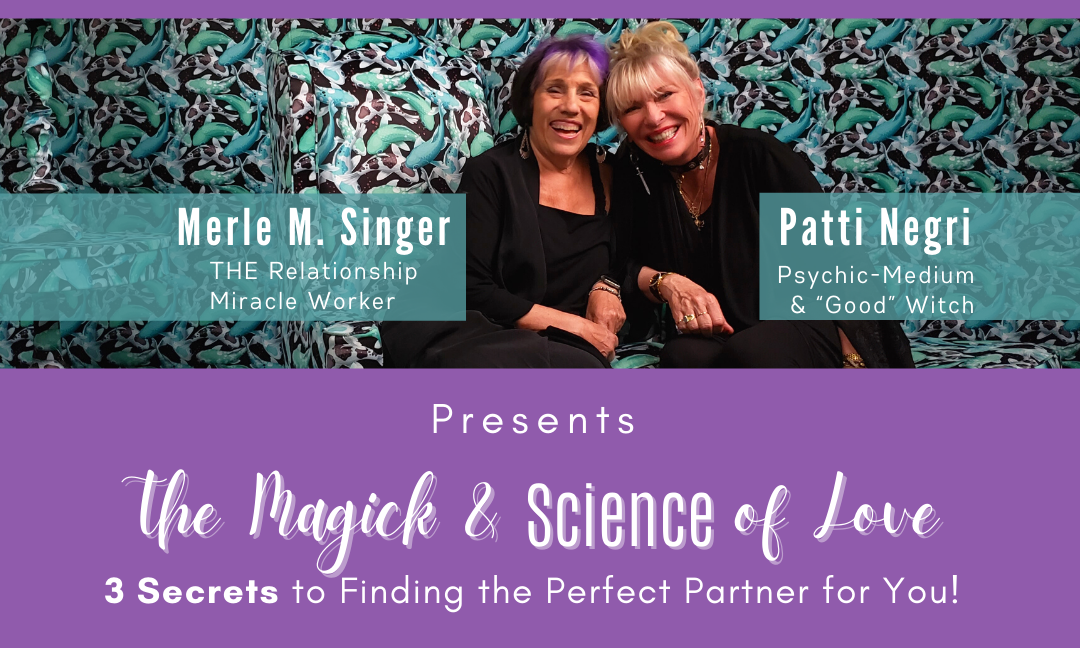 Register for the Workshop

Using the tools of Positive Psychology, Merle will help you uncover your unconscious biases and perspectives so you can create new habits that will move you toward the perfect partner for you.

Patti will use rituals of magick and power to lock in your new attitude and approach to love and life.

“Merle has the work and life experience to back up the methods and philosophies that she teaches.”

“Patti is an intuitive psychic who helps guide people toward all that is positive. She blessed my new home and cleared out the negative energy from the previous owners. She always works toward hers and her clients highest good and greatest joy.”

“I’m taking more responsibility for my own feelings and I’m not taking things that people say to me personally. I’m seeing more clearly what people – including my husband – says, has more to do with their view of the world than with who I am and how I am in my world.”

“Patti has amazing talent as a psychic and a positive influence on everything and everyone she’s connected with.”

Merle M Singer is THE Relationship Miracle Worker. Working primarily with women who have relationship problems and are unhappy, Merle helps them move beyond the blame to transform their relationship to a more healthy relationship– and bring more happiness into their lives! Most importantly Merle’s techniques and marriage advice are designed to work – without their partner participating or even knowing!

Merle’s students have found the same techniques are effective in the workplace to deal with work related stress, where she has become The BUSINESS Relationship Miracle Worker. Navigating Relationship Stress at Work (When Gong Postal is not an Option) is a workshop that give many tips for relieving stress at work. Merle holds both a Bachelor of Science degree in Secondary Education and a Master of Science degree in the Psychology of Reading from Temple University. Perhaps Merle’s most significant credentials with regards to her significant abilities as a relationship expert are her more than 45 years of marriage to the same man, having parented her husband’s children and their own son. Merle is easily able to empathize with women, understanding women who’ve experienced significant relationship difficulties and to help them overcome them, as she has. She has courses that offer relationship advice for women on techniques that my save their marriage. 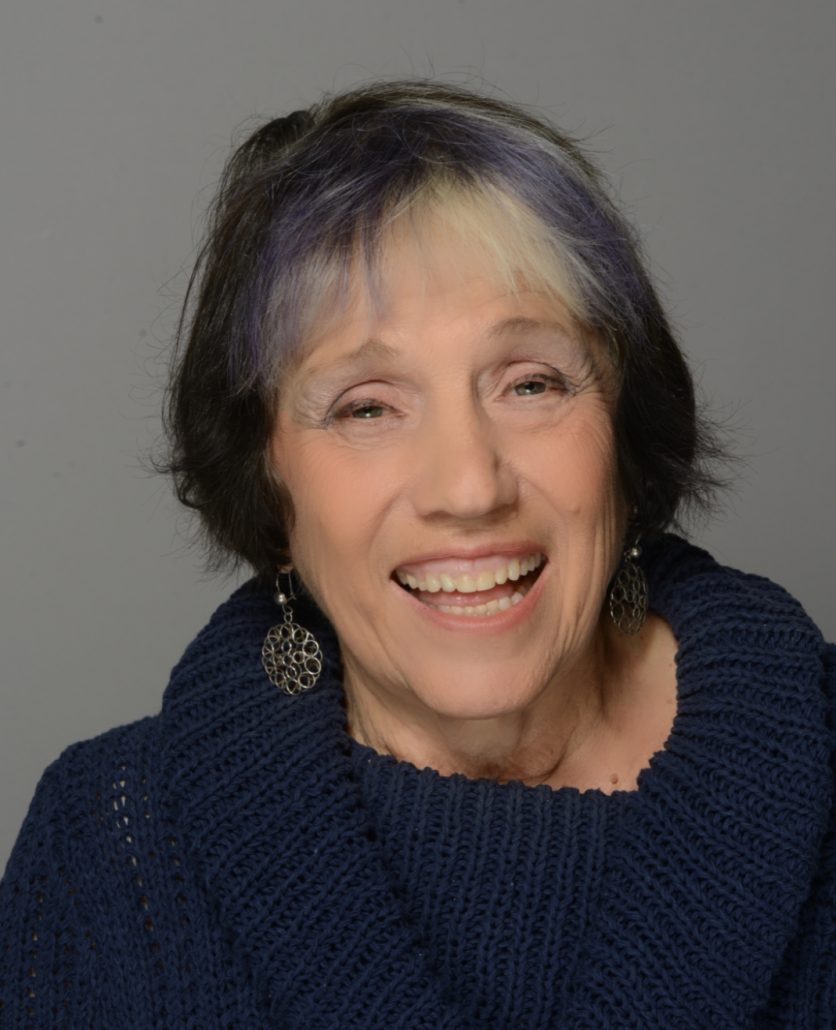 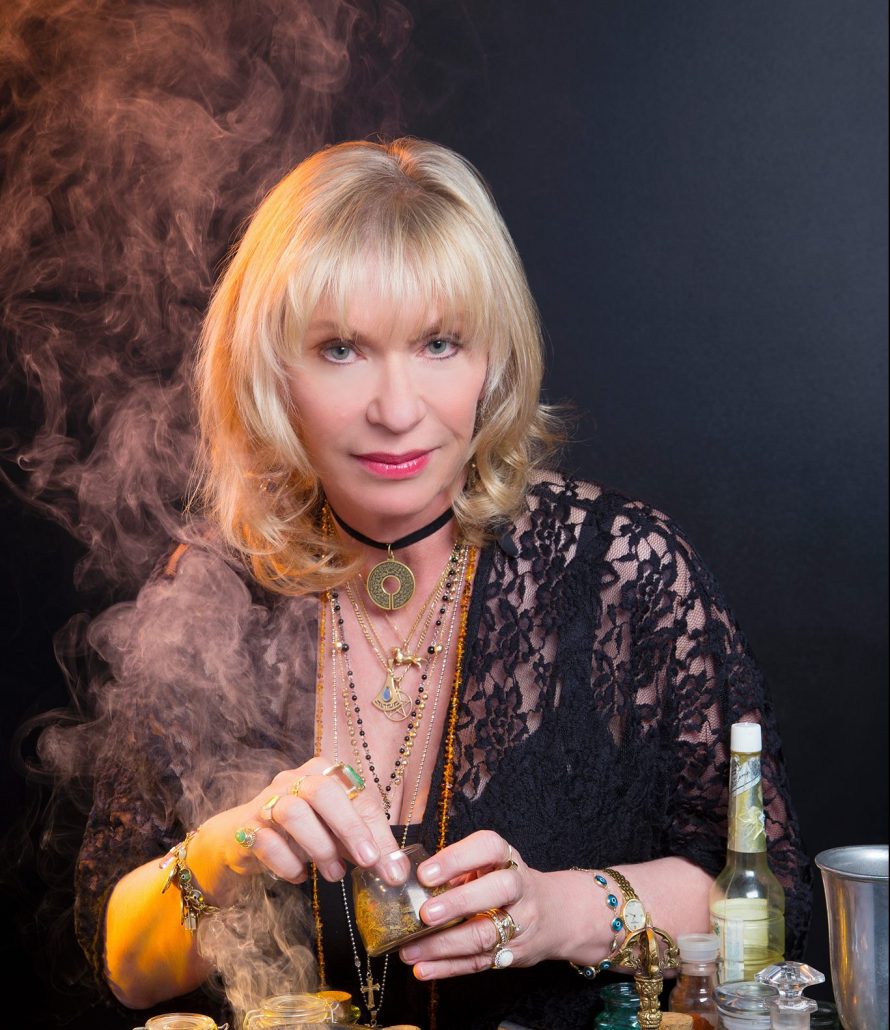 Patti is a Psychic-Medium and “Good Witch” best known for her recurring role on the Travel Channel’s #1 show GHOST ADVENTURES. She is the international best selling author of OLD WORLD MAGICK FOR THE MODERN WORLD: TIPS, TRICKS, & TECHNIQUES TO BALANCE, EMPOWER, & CREATE A LIFE YOU LOVE. Patti’s body of work includes appearances on such shows as MASTER CHEF, BEVERLY HILLS PAWN and Jeff Lewis’ FLIPPING OUT. She has graced numerous magazine covers, contributed to over 20 books and conducted seances on radio, film, and TV working with such legends as Jon Voight, Josh Duhamel, Chevy Chase and Gregory Hines.

Patti enjoys working her magic on Ghost Adventures and their new spinoff Deadly Possessions on the Travel Channel, Jeff Lewis’s Flipping Out, some magickal cooking on Master Chef with Gordon Ramsey, conjuring up a few “dead celebrities” on Private Chefs of Beverly Hills, Beverly Hills Pawn and several episodes of Pit Boss and an upcoming Bad Girls Club. Patti was brought in as a paranormal expert on Ghostly Lovers, Candidly Nicole, Mansion Hunters, Beverly Hills Pawn and dozens more. She has even gotten into the home makeover world on Mobile Home Disaster. In addition to being a host of PSYCHICS GONE WILD on Blogtalk Radio, Patti has been heard on national syndicated radio with Adam Corolla, Jason Ellis and Mancow Muller.